November and December have  been a very intense moment  for the project: we built a Community of Practice dedicated to trainers and set up the Capacity Building Sessions (CBS) in each partners’ country. CBS are designed to train the first Lead3.0 facilitators sharing experiences and best practices with them.

The first CBS were launched on November 4th 2016 and the kickoffs were simultaneously held in Münster (Germany), and in Trieste and Milano (Italy). Portugal, Poland and UK followed in the following weeks, all finishing before Christmas.

Münster University of Applied Sciences is the lead partner for CBS. Sue Rossano and Balzhan Orazbayeva designed the workshops, the learning materials and the suggested scheduling of 3 weeks of online collaborative working. Sessions have been delivered by trainers coming from partners’ organizations and involved trainers from both academic and corporate environments.

Participants were introduced to the new e-leadership paradigm and to the skills clusters previously identified by the partnership (you can download the Report here). They explored together what are the challenges and the opportunities brought by Digital Era, trying to understand how education could change to better support managers in this new horizon. And last but not least, they designed and created new courses on the Academy based on OERs and e-tivities.

When in Rome, do the CBS as the Romans do

Each partner adapted the CBS programme to its own needs in order to suit trainers and participants’ necessities. Discover what happened and how each CBS was delivered!

Germany
The German CBS is held by Münster University of Applied Sciences through its Science-to-Business Marketing Research Centre (S2BMRC) by Balzhan Orazbayeva and Sue Rossano. MUAS acts as the lead partner for the Capacity Building Session part of the project by designing the workshops, the learning materials and the three-weeks online block. MUAS kicked off its CBS in Münster on November 4th, followed by a second meeting on November 11th. Amsterdam University of Applied Sciences joined us during the CBS

Italy
The Italian CBS involved almost 30 trainers from Auchan, Gruppo Pragma, ISTUD Business School, Unicredit and other organizations. On November 4th we held two simultaneous face-to-face sessions in Milano and in Trieste. After that we worked online through November and December, closing the CBS with a last face-to-face session on December 21st. Our CBS is stretching over 8 weeks: 2 days of class based activities (kick off and closing day) + 1 full day of webinars (6 different lasting 1.5 h each) + 3 weeks of online collaborative learning on Lead3.0 topics.

Poland
The Polish CBS sessions are in progress. We are working with 22 trainers and lecturers exploring the functionalities of both Academy and Community under the supervision of 2 trainers. Face-to-face sessions and classroom instructions were followed by on-line activities lasting until mid December 2016.

United Kingdom
The CBS in the UK are engaging business based academics and lecturers in considering the needs of their students with reference to Lead3.0 and e-leadership skills. The sessions so far have been allowed those who could attend to engage face-to-face, whilst facilitate busier schedules with recordings of the sessions. The sessions so far have brought about interesting discussion as to the development of the Academy and future OERs.

A year of Lead3.0 around Europe 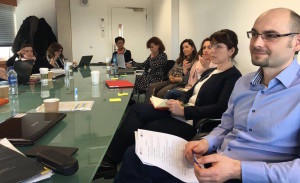 In 2016 Lead3.0 travelled a lot around Europe to attend conferences, meetings and events. Now it’s time to sit and relax waiting for 2017, and to look back to what has been done so far.

On February 10th and 11th all Lead3.0 partners had the chance to meet face-to-face in Coventry (UK) for the 3rd Coordination Meeting. Two days of intense work later, and we all went back home more determined, more focused and more confident on what to expect in the next months. Thanks to CovUni  for the perfect hosting we received!

On February 18th Ana Barroca and Catarina Neto from Advancis went to Setùbal (PT) to attend the VI Conference of Research and Intervention in HR hosted by ESCE. The event focused on the challenges for the HR management in the XXI century.

On May 19th Maria Laura Fornaci from ISTUD presented the project and key success factors of the Knowledge Alliance during the 2° ABIS Knowledge Into Action Forum & General Assembly in Brussels (BG). 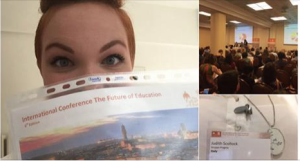 On June 30th Judith Scoltock from Gruppo Pragma gave a speech at the international Future of Education 2016 conference in Florence (IT). She shared Lead3.0 vision, foundations and future developments.

On September 8th Maria Rita Fiasco from Gruppo Pragma was in Modena (IT) to present Lead3.0 at EMEM Italia 2016 conference, one of the biggest in Italy on e-learning and new educational models. You can watch her speech here (Italian only).

On September 15th Christophe Terrasse and Jean-Baptiste Maillard from EFMD, Peter McLuskie from Coventry University and Sue Rossano-Rivero from Münster University of Applied Sciences presented the results of the pan-European survey conducted by our partnership at EAIE 2016 conference in Liverpool (UK). You can download the presentation here!

On September 22nd the project was presented by Maria Laura Fornaci from ISTUD during SCALE Expert Workshop in Bussels (BG). 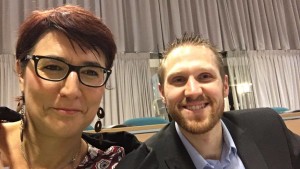 On November 4th Simonetta Manzini from ISTUD presented Lead3.0 and the results from the Research Report in Milan (IT) at Sodalitas event dedicated to students, “E-leadership skills at work”.

On December 1st Boriana Marinova from EFMD attended the Digital Skills and Jobs Coalition meeting in Brussels (B), with the objective of reducing European gap in digital skills.

On December 8th and 9th Oriana Cok from Gruppo Pragma and Simon Hill from CovUni went to Brussels (B) to attend EACEA Cluster Meeting. They worked on collecting feedbacks and finding new ideas to fill the gap between industry and academy, and had the chance to present the Academy and the Community.

Keep in touch with the project Subscribe to Lead3.0 Newsletter

Keep in touch with the project